This project resulted from my exploration of Michael Dessen and Bonnie Kwong ‘s JackTrip remote server notes (on Debian via Linode) that they wrote in November, 2020.  My pal Ralph Jenson was my spirit guide and Sensei as I finally bit the bullet and started working in Linux after all these years of avoiding it.  Thanks to all.

This latest version has lots of new stuff, but it started as a project to make installation simpler.  The goal was “1-click install.”  I really tidied things up and almost made it.  It’s a “one click, one arrow-key and one enter-key” install now.

Here’s a very quick tour of the place — this is a picture of all the things running at once.  Clicking on it will take you to the enormous original.  Note that at no time did I type a terminal-command to fire off anything on this page.  [update: later versions don’t include Jamulus — but it’s easy to add]

Here are some screen grabs from that session, showing more detail about the things: 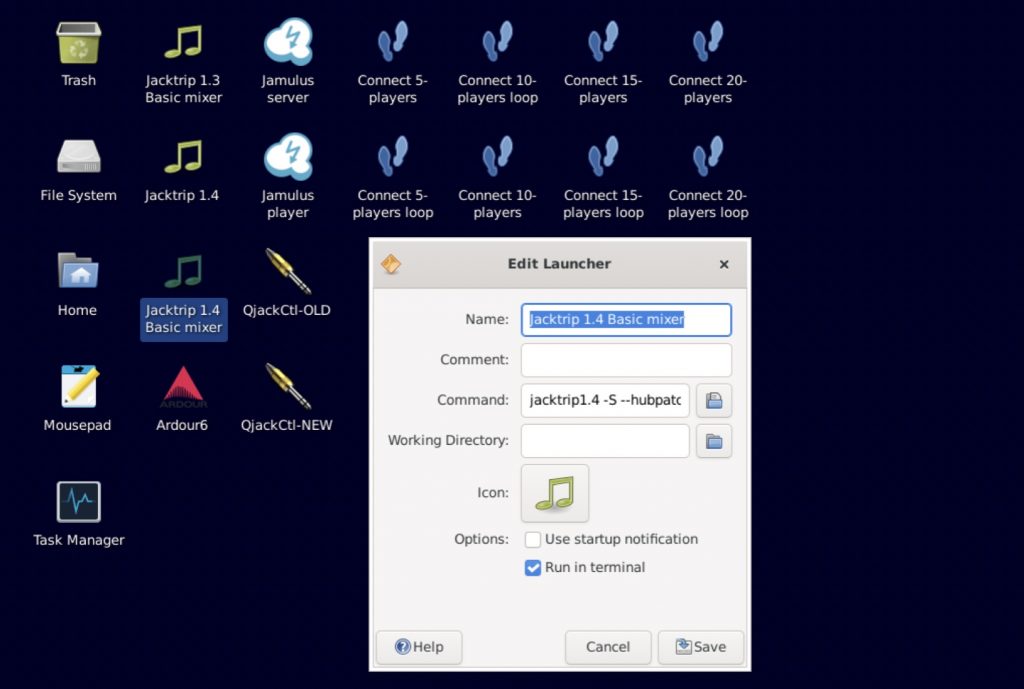 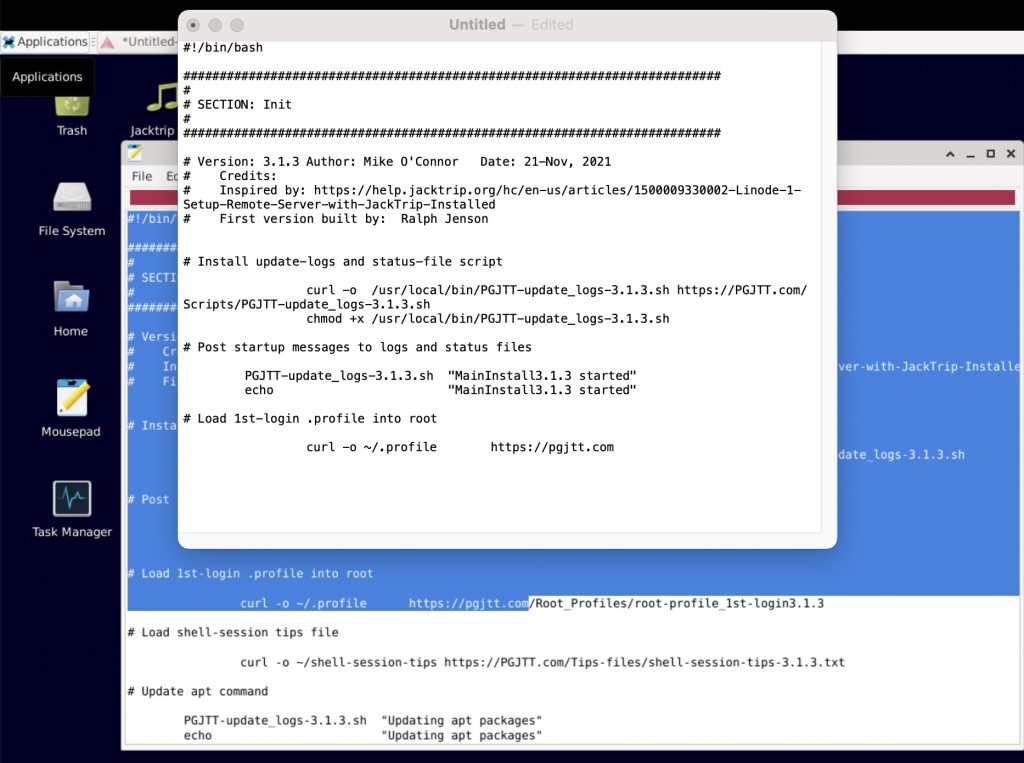